Maximilian Schell Changed the Way We Think About the Holocaust. Really.

Jennifer Frost is an associate professor at the University of Auckland. She is the author of "An Interracial Movement of the Poor”: Community Organizing and the New Left in the 1960s. 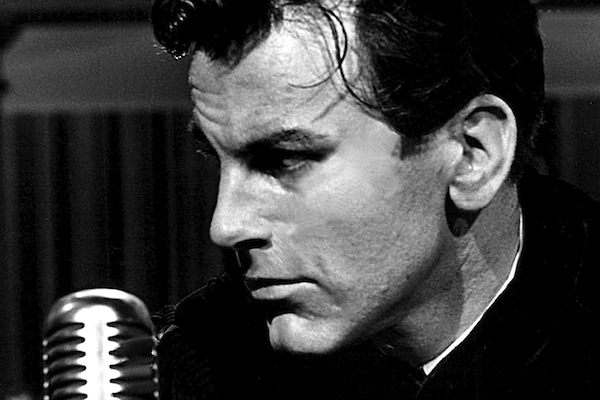 The recent death of actor Maximilian Schell prompted recollections of his Oscar-winning performance in the 1961 film Judgment at Nuremberg.  One of the most prominent films made by producer-director Stanley Kramer from an original screenplay by Abby Mann, Judgment at Nuremberg was a fictional film based on factual events.  The film restaged and reworked the 1947 Nuremberg trial of judges and legal officials of the Nazi regime, the so-called “Justice Case.”  Nonetheless it related closely to events in 1961, chiefly the trial of Adolf Eichmann and the building of the Berlin Wall.  Mann’s screenplay began as an episode on television’s Playhouse 90 and also won him an Academy Award.  Schell reprised his television role in the film, playing Hans Rolfe, the defense lawyer for the four German judges on trial for their crimes during the Nazi era.

Without a doubt the Austrian-born Schell, whose own family fled to Switzerland after the Nazi occupation and annexation of Austria, gave a compelling, convincing performance as Rolfe.  But the historical message Schell’s character communicated also deserves recognition.  In defense of his clients, Rolfe presents a historical interpretation of the causes of Nazi crimes that emphasizes what in Holocaust studies has come to be called “universalism,” as opposed to “particularism.”  Instead of holding the German people solely responsible for Nazi crimes, or seeing Germany as uniquely evil, Rolfe claims many people and nations were to blame, including the United States.

Following a confessional outburst from the lead defendant Ernst Janning (played by Burt Lancaster), admitting that he and every other German knew about the Final Solution, Rolfe attempts to salvage his case and save his client.  “Ernst Janning says he is guilty.  If he is, Ernst Janning’s guilt is the world’s guilt.  No more and no less.”  Rolfe cites damning evidence of international collaboration with Hitler and the Nazi regime, such as the Vatican’s 1933 Concordat, the Soviet Union’s 1939 Non-Aggression Pact, and American weapons manufacturers, arguing, “The whole world is as responsible for Hitler as Germany.”

Rolfe also calls into question the right of the former Allied nations to judge Germany, given their own past atrocities.  His main target is the United States.  When discussing the Nazi sterilization of one of the witnesses at the trial Rudolph Petersen (played by Montgomery Clift), Rolfe offers a 1927 quote from Supreme Court Justice Oliver Wendell Holmes in support of a similar eugenic policy in Virginia: “Three generations of imbeciles are enough.”  In rejecting U.S. moral superiority, Rolfe evokes the tragic consequences of the atomic bombs dropped on Hiroshima and Nagasaki.  “Thousands and thousands of burnt bodies!  Women and children!”  Bringing even more emotional force to these arguments is Schell’s powerful delivery in these scenes.  Time magazine called his final speech “a pulverizing passage of eloquence.”

Although Schell’s Rolfe makes a strong case for universal guilt and responsibility, Abby Mann’s script and Stanley Kramer’s film additionally conveys the responsibility of the German defendants for Nazi crimes, as Janning’s confession indicates.  “I am Jewish,” Kramer later recalled.  “I wanted to film Judgment at Nuremberg because those trials said something that I didn’t think the world had fully grasped.”  Also Jewish, Mann wrote his original teleplay because “I wanted to pierce the lie; the big lie [in Germany] was, ‘we didn’t know about it.’”  This interpretation is consistent with “particularism,” and critics at the time and scholars since have pointed out that this muddied the film’s message.  Yet, in offering an interpretative mix of particularism and universalism, the film more fully portrayed the complexity of history and the multiple causes of historical events.

As a result, Judgment at Nuremberg cannot be categorized as an example of the so-called “Americanization of the Holocaust,” the process by which a catastrophic European event became an American moral touchstone.  Crucial to this process were American movies, and scholars characterize and criticize Hollywood films for offering redemptive universal narratives about the Holocaust and avoiding confronting audiences with the grim reality of Nazi genocide.  Other films appearing in the same years, such as The Diary of Anne Frank (1959), helped to establish the optimistic Hollywood approach to the Holocaust.  But viewers of Judgment at Nuremberg did not leave the theater buoyed by a comforting message about human nature or absolved from responsibility.  Instead, Kramer, Mann, and Maximilian Schell made a movie about the Nuremberg trials that did not deny the unbearable facts of the larger history.