Can Academics Bridge the Gap Between the Academy and the Mainstream Reading Public? 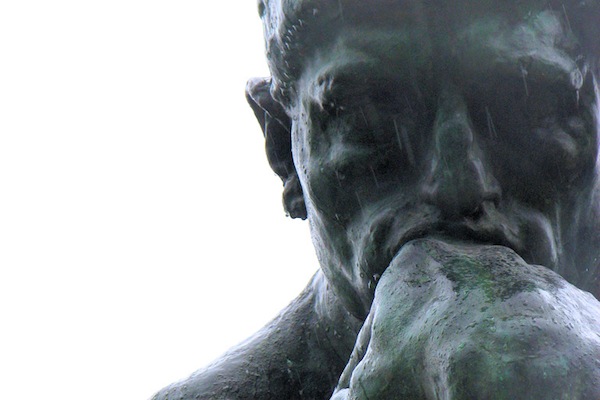 On February 15, 2014, Nicholas Kristof published an op-ed, "Professors, We Need You," in the New York Times in which he called for academics to make their research more accessible to the mainstream reading public. In response to Kristof's claim that scholars "encode their insights in turgid prose," academics threw a hissy fit, claiming that their work as teachers is inherently public work; that they publish articles in blogs, newspapers and other accessible genres in an effort to reach broader readerships, and most off of all, they criticized Kristof for propagating a critique that the right often advances about the unintelligibility of those who write in the ivory tower.

All of these reasons seem to fall under the rubric of shooting the messenger. For all the ink spilt in the New York Times and in countless other major print media outlets, I found it quite refreshing if not entirely inspiring that Kristof, an authoritative journalist, valued academic work and wanted more of it. That he has a critique of our style seemed minor compared to his larger desire to want to learn from academic research.

For the past fifteen years, I have been trying to figure out ways to bridge the gap between the academy and the public. I organized three conferences when I was a graduate student at Columbia University and then published two anthologies based on the proceedings (Why We Write and Taking Back the Academy), all of which grappled in various iterations with the role of intellectuals outside of the alleged ivory tower. Since then I have blogged for the Huffington Post and have written dozens of articles in publications nationally and internationally that have attempted to engage a non-academic readership. So, when I read Kristof's op-ed, I was relived that someone else was thinking of a way to address this conundrum.

In general, Kristof argued that the main determinant blocking academics from being read by mainstream readers results from the arcane ways in which they write. That is not the problem. Many academics, who write for broader audiences, understand the need to write in different registers. Judith Butler and the late Edward Said, for example, both have written sophisticated, theoretical books, which some may accuse of being arcane, but they have each published accessible articles in mainstream newspapers.

The problem lies not with academics' prose, but rather with access to mainstream publications. Based on my experiences, many editors at national publications refuse to accept unsolicited articles or even queries from academics, and when they do, they often want academics to streamline their arguments to digestible aphorisms that a real housewife in Beverly Hills could recite.

In 2012, when my book Sick from Freedom was published, I was enormously fortunate to garner a great deal of media attention, and while I accepted every offer to publish and to be interviewed by every reporter and editor that wanted to learn more about my research, I, nevertheless, hit serious road blocks at some of the nation's leading magazines.

I queried a leading national magazine (Periodical A), who nibbled at my proposal, but then farmed me out to their online news editor. The editor then asked me for an article that highlighted the main arguments of my book, told the history of slavery, and then tied it in with the release of the film Lincoln and President Obama's Second Inaugural Address. I explained to the editor that I could make those connections only if I added the history of medieval aqueducts and the cultural biography of Tituba from The Crucible.

I digress. While I did manage to execute the tall order that the editor wanted, she, nevertheless, ultimately rejected my piece, claiming that I did not connect the history of slavery enough to the Lincoln film and Obama's address. While I recognize that rejection is a common part of the publishing process, the struggle lay more with the editor's desire to commission a piece that cobbled together four disparate themes under the common heading, I am guessing, of black people -- which itself raises a number of problematic assumptions and ideological implications. (I then published the piece in the Huffington Post.) But the most vexing part of that experience was the ensuing radio silence after I submitted my article. I continued to write to the editor asking if she had received it. First I waited three days after I did not hear from her, then I wrote a second and a third time in the following two weeks. When writing news or feature pieces that are time sensitive, this radio silence proves to be perilous. While I realize that this is a problem that all freelance writers and journalists confront, scholars remain more outside of the internal media networks than journalists and other writers, and, thereby, cannot pick up the phone to nudge someone else at a magazine to nudge the editor or to even know an editor at another suitable publication who might be keen on the idea.

In October 2012, I queried another top publication (Periodical B), about writing a piece to commemorate the 150th anniversary of the Emancipation Proclamation, January 1, 2013. Like Periodical A, Periodical B also farmed me out to an online editor. This time, the editor and I both were on the same page about the piece. She wanted an overview of new books on the history of emancipation. I planned to report on the work of a conference that I had organized at Yale that highlighted new scholarship in the field. I submitted the article and then radio silence ensued again. I heard nothing. I always fear appearing as a nag, so I waited a few days before I followed up. Still nothing. Two weeks later, I wrote a third time and the editor told me that they would not be publishing my article because I had published a piece in the Sunday Review of the New York Times on emancipation. Even though my piece in the Times focused on my research and the piece for Periodical B focused on other scholars' research, she claimed that the articles were too similar.

This past summer, I queried TIME magazine to publish an article on new research that I conducted on the largest massacre of gay people in U.S. history. June 24, 2014 marked the 40th anniversary of the night when 29 gay men were killed in an arson attack in a bar converted into a church. The editors at TIME jumped at the story, but when it came to interviewing the remaining survivor, who I located, TIME insisted on assigning one of their star reporters to conduct the interview. They claimed that as a historian I did not have the skills to conduct the interview, and that according to their protocol, they had to have their own reporters do it. While that seemed reasonable, the story almost went to print with the reporter listed as the only name on the byline and I would be listed at the end of the article as simply providing research. Under the auspices of journalism, my research, my framework and my writing almost got erased from the story.

I write these examples, not because I have sour grapes, but rather to offer concrete evidence of the struggles that academics face when they attempt to get published in mainstream magazines. Further, my argument is simply that there are limited opportunities in the nation's leading magazines and newspapers in which academics can reach broader audiences; journalists and freelance writers certainly face these limitations as well. That said, I am simply attempting to argue that Kristof's critique neglected the fact that it is very hard for academics or any other writers for that matter to reach broad audiences. The sheer will to be a public intellectual is not enough; one needs access and often an Ivy League imprimatur after their name.

Based on my experience, this is not the case in the United Kingdom and in parts of Europe. When my book came out on an American history topic, I received a number of requests from a range of media outlets in the UK. It seems in the UK there is more of an interest, and dare I say reverence, for intellectual work. Further, I would speculate that unlike in the United States, where a number of journalists, have emerged as talking heads, experts and authors of blockbuster books, in the UK, professors occupy this tier of intellectual influence.

Finally, one of the most astute observations that Kristof later made in his blog that has also gone virtually overlooked is his claim that "when professors do lead the way in trying to engage the public, their colleagues sometimes regard them with suspicion." This is absolutely true. I cannot even begin to document the cruel and mean-spirited responses that I have encountered as I try to engage the public. Not only do most scholars snub insights that scholars, like me, make in the mainstream publications, but they seethe with insults about my desire to publish in this genre. The negativity that I have encountered from within the academy has been more of a detriment to me continuing to reach out to the public than anything else. Further, the fact that I emulate scholars, like Harvard Professor Jill Lepore, who writes for The New Yorker, or even Timothy Patrick McCarthy, another Harvard professor, who is a leading social activist, as important voices within national conversations, has only branded me with the scarlet letter a for adulteress -- to the academy.