With State Funding Drying Up, Museums and Archives Turn to the Private Sector

Victoria Torres is an intern for HNN and a student at the University of California, Berkeley. 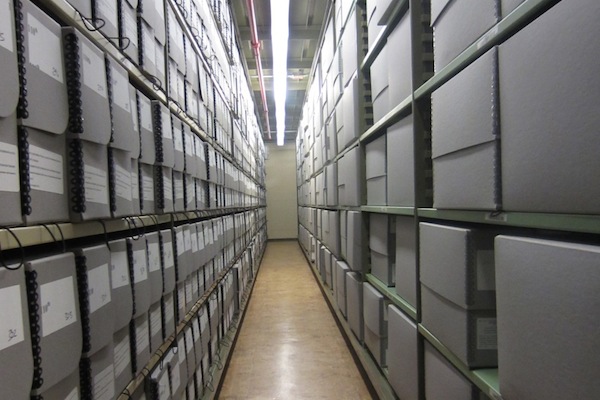 
Federal and state grants for archives and museums are becoming increasingly unavailable due to budget cuts. Since 2009, average state funding for museums and libraries has decreased 12.5 percent, or in real money terms by $21 million. Some states have been harder hit -- funding in California has been slashed by 15.2 percent, and in Michigan by 17.6 percent, according to the Inistitute for Museums and Libraries.

The North Carolina Department of Cultural Resources (NCDCR) has lost 25 percent of its funding since 2008, according to Deputy Secretary for Archives and History Kevin Cherry. The department, which boasts twenty-seven different historic sites, including history and art museums, libraries, and archives, has been forced to shutter some of its major programs, including its popular Government Records Program, reduce operating hours, and increase admission fees to its historic sites.

With their traditional state sources of funding drying up, archives and museums are approaching private foundations for funding. Corporations, including Coca Cola, Pepsi, and AT&T have granted money to these institutions to allow them to continue quality preservation.

Private funding has allowed the NCDCR to continue operating, spokespersons have said. Cary Cox, the Director of Marketing and Communications, stated that the North Carolina Department of Cultural Resources “absolutely” reaches out to private industry for funding, specifically Pepsi, which was founded in New Bern, North Carolina. She added that the department tries to “reach out to communities where our historic sites and museums are located to encourage public/private partnerships to raise money. Many of these sites are important to the economies of their regions and offer wonderful education opportunities for area school children.” According to Cox, corporations’ connection to the arts offers them “a natural way for businesses to strengthen their presence” in their own community. By aiming to strengthen partnerships with private businesses such as Pepsi-Cola, the NCDCR hopes to increase funding and maintain a high level of quality in throughout its historical sites.

Cherry noted that while the budget cuts have proven to be a setback they have not stopped the NCDCR from providing quality experiences for its visitors. From 2012 to 2013 visitation to the NCDCR increased by 2 percent.  This organization, among others, is working hard to maintain a quality level of preservation and access to these museums for the public.  Cherry stated that the NCDCR in particular is great for the economy (it provides several thousand jobs in the state of North Carolina) and for students who regularly visit and learn about the history of the state and the country.  The Department of Cultural Resources, particularly, plans to continue to improve efficiency and use new forms of technology to ensure that budget cuts do not effect on the level of quality the NCDCR has continued to provide.