Martin Thomas is director of the Centre for the Study of War, State and Society at the University of Exeter. 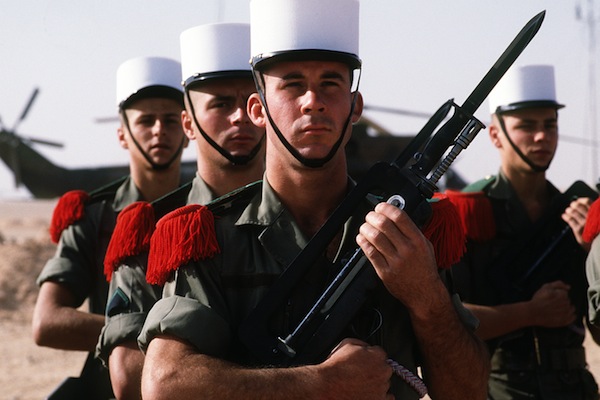 Cross-posted from the Imperial & Global Forum

François Hollande, a Socialist president flagging in domestic opinion polls as France languishes in recession, has been credited with exceptional decisiveness in international affairs. The French president’s willingness to restore France’s role as a global policeman became apparent soon after he took office. He lent unflinching support to the overthrow of Colonel Gaddafi, for which France, like Britain, contributed combat aircraft (although maintaining their strike capability was substantially down to the Americans). He made no secret of his disappointment at the successive refusals of London and Washington to endorse missile strikes against President Assad’s Syrian regime in the aftermath of its proven chemical weapons attacks. And French nuclear negotiators among the team that concluded November’s transitional deal with Iran were, it transpires, especially hawkish over monitoring and inspection regimes.

But it is in black Africa that the Hollande style has registered strongest.

The 4,500 troops deployed to Mali on his command in January 2013 appeared to accomplish their core objectives in quick time. From its inception, the president insisted that France’s intervention was humanitarian, inspired by the wish to curb terrorism throughout Mali’s disputed northern towns. The threatened takeover of the country by the northern-based Islamists of Anṣār ad-Dīn (‘Defenders of the Faith’) was first averted by a military cordon thrown around the strategically vital airport at Sévaré before the rebels’ southerly progress was thrown into reverse by airstrikes and a military advance on Konna, Gao and the pre-Saharan gateway city of Timbuktu.

The cultural and political complexities of Mali’s ethnic politics soon conspired against the rapid withdrawal for which Hollande’s government hoped. A Malian Army coup led by Amadou Sanogo in April 2012 was eventually reversed with the restoration of civilian government in the capital Bamako in November 2013.

But the deeper problem of ethnic strife remains substantially unresolved.

A ceasefire and sporadic talks with the ethnic Tuareg leadership of the National Movement for the Liberation of Azawad (MNLA in French), broke down in September. It was the MNLA’s separatist insurgency in Mali’s northern districts that widened the political space for Anṣār ad-Dīn’s violent pursuit of Sharia. And the original December 2012 UN resolution that provided the legal apparatus for French intervention envisaged a multilateral African peacekeeping mission, rather than the unilateral French peace enforcement operation that actually took place.

For all that, the prospect of Mali’s break-up seems, for now, to have been averted.

More recently, Hollande signed off on another military intervention. Operation ‘Sangaris’, named after a distinctive red butterfly, heralded the dispatch of the first in two waves of troops to the Central African Republic on November 30, 2013. A more limited and, we are assured, a transitory, deployment, Sangaris has thus far involved fewer troops.

Of the 1,200 dispatched so far, most have remained in and around the capital Bangui. President Hollande’s government was careful to stress that this renewed African mission was not an active counter-insurgent campaign à la Mali, but, rather, an urgent ‘good gendarme’ deployment intended to assist African peace-keepers. But things have moved on with the coming of the new year. With the internal displacement of rural populations apparently worsening, the Operation is now being presented, less as a French, and more as a European Union one. EU Foreign Affairs Commissioner Catherine Ashton is reportedly looking into the possibility of a multilateral European peacekeeping force for the CAR.

Mali and the CAR share colonial associations with France, of course. Land-locked Mali (‘French Sudan’ in colonial days) was part of a French West African Federation, and supplied both migrant workers for the Sene-Gambian basin and disproportionately large numbers of soldiers for France’s colonial army. The CAR (formerly Oubangui-Chari) was the Cinderella territory of another colonial federation, this one in Equatorial Africa, and was an epicentre for some of the worst -- but least well-known -- colonial labour abuses of the twentieth century. Post-colonial French intervention in the CAR is also nothing new. Troops were deployed to Bangui repeatedly between the 1970s and the early 1990s, most notably to help oust the CAR’s notorious emperor-dictator Bokassa in 1979.

Returning to the more recent past, in both the Mali and CAR cases internal destabilization was intensified, if not triggered, by spill-over conflicts in neighbouring states. MNLA’s calls for Tuareg autonomy were strengthened by the involvement of some of its supporters in Libya’s recent civil war. And, while Anṣār ad-Dīn has strongly denied claims of association with Al Qaida in the Islamic Maghreb, instability in parts of Southern Algeria, Niger, northern Nigeria and Chad may have strengthened the movement’s transnational connections.

The rhetoric of French interventionism has also been more muscular than its recent British equivalents. British governments since at least Operation Palliser, the decisive May 2000 intervention in Sierra Leone’s civil war, have tended to use the language of ‘peace-keeping’ to describe transitional and transactional support for better governance. In an echo of the ‘soldier-cum-administrator’ traditions of old-style imperial policing, capacity-building, police training missions and locally-oriented dialogue with trusted intermediaries have been publicly-advertised hallmarks of the British military presence everywhere from West Africa to Afghanistan ever since.

France, too, is making much of its role as well-intentioned military peace-keeper. But successive presidential administrations from that of Jacques Chirac, through the internationally hyper-active Nicholas Sarkozy, to the Elysée’s current incumbent, François Hollande and his Foreign Minister Laurent Fabius have also been more forthright -- and perhaps more honest -- in admitting their desire to enforce peace, even regime change, where either French interests, French lives, or humanitarian imperatives dictated.

It is difficult not to hear some echo in this of the clientalist politics pursued by France in Africa in the years after formal decolonization. Personified by Charles de Gaulle’s African ‘fixer’, Jacques Foccart, and identifiable with the strategic bases, military training missions and commercial networks that successive French governments have maintained from the 1960s onwards, France’s African interventionist impulse has never entirely subsided. (1)

Regardless of how quickly French forces are withdrawn from Mali and the CAR, the recent actions of François Hollande’s administration suggest that France’s presence in its African’s pré-carré (or exclusive zone of influence) is very much alive.