Panic on the Streets of London 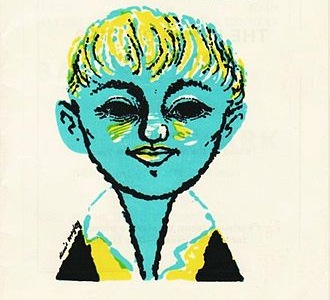 The musical Oliver!, based on the novel Oliver Twist by Charles Dickens, has been a theater and moviegoer favorite for nearly fifty years. The latest revival, at New Jersey’s Paper Mill Playhouse, that just opened, is a real winner, with marvelous sets, grand singing and dancing and the same old heart wrenching tale of adorable little Oliver Twist, brought up in a dank workhouse in London in the 1830s and, when released, attracted to a local London street gang that specializes in pickpocketing.

Oliver! Is the perfect holiday play and that is underscored during the curtain call, when a snowstorm blankets theatergoers with fake white flakes and the cast on the old streets of London on sings Christmas carols with the audience joining in.

The music in Oliver! sparkles. The show has memorable tunes such as Food, Glorious Food, Oliver, Consider Yourself, Pick a Pocket or Two, I’d Do Anything, Where is Love, Who Will Buy, As Long as He Needs Me, and Reviewing the Situation.

Director Mark Hoebee has done a superb job of staging the play as a drama and musical at the same time and, even though most of the members of the audience know the plot, keeping the tension tight until the very end. Choreographer Joann M. Hunter was masterful in utilizing the whole stage with a large crew of dancers. Her dances are unique and dazzling. People swirl over and tumble across the streets of old London town all night. Costume designer Amanda Seymour has done a fine job of recreating early nineteenth century England.

And they do it on one of the most luscious sets I have ever seen. Scenic designer Mark Morton built a series of 1830s houses in a neighborhood on stage. Many of the homes were connected to a revolving center set. In one scene a group of boys marches out of one building on to a street as the set turns with them moving through it. You really do believe you are back in 1830s London.

The play is highlighted by fine performances from many. Among the best are cute little Tyler Moran as Oliver, John Treacy Egan as Mr. Bumble, Ethan Haberfield as the Artful Dodger, Fagin’s number one boy, David Garrison as Fagin, the bouncy old leader of the street gang, Betsy Morgan as Nancy, the lover of gangster Bill Sikes, played with great fear and trepidation by Jose llana.

In the play, Oliver moves from his tawdry workhouse into a street gang and is captured while trying to rob a man. He winds up at the police station, where he is bailed out by an elderly man who takes a liking to him. The street gang then tries to get Oliver back and its most colorful characters are divided over what to do with the little tyke when he returns.

Oliver Twist author Dickens himself lived in a workhouse for over a year. As a writer, he paid special attention to the deplorable living conditions of London in his works, particularly Oliver Twist. The author was also publisher of a crime newspaper called Household Words. He routinely toured London’s high crime areas and saw the street gangs at work first hand, bringing it all to Oliver Twist

Dickens described one of the street gangbangers in his book: “He wore a ragged, dirty and very thin great coat, of some dark jean or linen under which (was) another thin coat…in the outer garments were slits through which the hand readily reached the pockets of the inner garment and could there deposit booty.”

Oliver! And the novel, soar because they were very real depictions of street gangs and crime in London in the middle of the nineteenth century. Dozens of street gangs prowled the streets, working as pickpockets and common thieves, alongside con men and prostitutes. The introduction of the country’s first police force in 1829 slowed them down, but only slightly. City residents were terrified of the rowdy teenagers. The gangs were always in trouble with the law and most of the members served at least one prison confinement; some were deported to Australia.

The same was true in America’s large cities at the time. Street gangs here were very ethnic and had names such as the Dead Rabbits. They warred against each other and carried out robberies and assaults on the general public, protected to some extent by political organizations that sought their services in campaigns. Members of gangs lived together in warehouses or tenements in ethnic neighborhoods.

Contemporary London still suffers from the descendants of Fagin’s street gangs. The criminal gangs have been in London for decades, but over the last ten years have spread a vast net over the metropolis, specializing in a far flung, multi-million dollar drug business, robbery and murder. The London police estimate that the street gangs kill about half of the teenagers slain in the city each year, usually revenge killings of some kind.

Today London has nearly 250 street gangs with nearly 4,000 members. Most are between the ages of twelve and sixteen but some are as young as eight and nine. The young ones grow up in the gang and take over when they are 18 or 19. Among the gangs that terrorize each other and the general population there are the Mozart Bloods, Ghetto Diplomats, Manor Park Goons, the 18th Street gang, Moss Side Bloods, ABMs (All ‘Bout Money), Peckham Boys and the Tottenham Mandem. Some of the gangs have Middle Eastern members, too.

Now, like the 1830s, the members of the British street gangs tell journalists, police and sociologists that they see the gang as their ‘family,’ the family they do not have at home, and that the gang ‘nourishes’ them. It is all for one and one for all and, together, all against the police. The gangs are not just in London. There are hundreds more in cities such as Liverpool and Manchester. The latest trend is gangs based in the suburbs that commute to London to do business on the train and then commute home with the businessmen and women.

Oliver! Is staged often around America and it is always a special treat for history lovers in the way it portrays London in the middle of the nineteenth century. This memorable production at the Paper Mill certainly has to be one of the best in the country this year.