Vaughn Davis Bornet was in 1969 chosen to be a senior faculty member for four months on what was then the World Campus Afloat (now Semester at Sea).  It was controlled then by Chapman College and now by the University of Virginia. Students take a regular load but with emphasis on international subject matter. Class meets only when the ship is “at sea.” 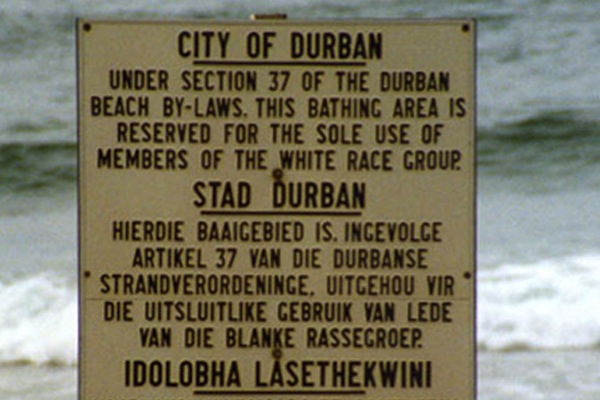 I write amid the excitement created by the final passing at 95 of Nelson Mandela. I have no anecdote relating directly to him, for when we visited South Africa in April, 1969, he was solidly in the Robben Island prison.

Our ship on that voyage was the Ryndam; now it is the Explorer. We went to Japan, Hong Kong, Malaysia, Sri Lanka, Thailand, India, Kenya, Tanzania, South Africa, Senegal, Morocco, Spain, and Portugal -- leaving Los Angeles and landing in New York City.

In 1969 in the spring our ship for World Campus Afloat, docked in Capetown because it had been excluded from Durban after a drug episode; the substitution was satisfactory. Very quickly my wife and I learned the ropes of local apartheid (which was a bit less rigid than that of Johannesberg, seat of the segregationist government of South Africa).

We were taken to the very bottom, the south, of the continent, using the local bus. There we were firmly directed to the back of the bus as I recall (the opposite of earlier American practice). In the rest room at the very tip my wife Beth once again, as in Atlanta 1945, carelessly proceeded to visit the black segregationist restroom and got told off by locals, quickly obeying instructions.

Meanwhile, I had determined to take advantage of my circumstances and “strike a small blow.” In Ashland, Oregon I had been a member of Rotary International since 1963. On WCA the president of our student body was a black optomistrist’s son from Los Angeles, quite handsome. I determined on my own to take him to Capetown Rotary as my guest! He was willing, but in retrospect I must admit he was not too knowledgable of what was involved in our projected self-invitation to the large, cosmopolitan Rotary Club of Capetown.

We dressed in suit coats and ties and set off. At Rotary it immediately became evident that here was no ordinary club. There must have been 200 very well dressed men seated around the periphery of a huge rectangular table. They were in the process of drinking Scotch (I would say) before lunch. We two made a very good and respectable appearance and spoke when spoken to. I took my guest at once to officialdom and introduced ourselves: I as senior faculty (history) and he as student body president -- of the university establishment visiting their port.

It being Capetown, and thoroughly English, everyone was polite. No voices were raised in anger. I hate to admit that I don’t remember if we were later introduced with any flourish or introduced at all. My letters to my children Steve or Barbara in files, or others we wrote at the time, may one day give a better description. I hope so but am doubtful.

It was a daring thing we did, in 1969 South Africa, and I have always been a little proud of it. I have wondered if any minutes of that Club reveal what went on, while Nelson Mandella rested apparently hopelessly on Robin Island and all was thoroughly segregated in remotest Capetown.

During our four day visit I spent a day or two at the Capetown newspaper offices doing light research and looking about.

While it may not really appear such, it was indeed a “happening.“ I have to say that a number of unpleasant things could have transpired, but they did not. I was struck by the thoroughly professional demeanor of the Capetown Rotarians who took that young black face in their stride. As for our student body officer, I have never quite believed he understood how atypical was his presence in that South African dining hall.

Our second adventure on that 1969 Around the World four months university program was in Malaysia. There we landed in a remote and essentially uninhabited place called Port Swetenham. Investigation of a number of map books finally revealed (in the Soviet one!) that it was a “dock” some 23 miles from downtown Kuala Lumpur, capital of Malaysia. Armed with that, we took a taxi cab identical in appearance to my show car at home (1958 olive green Mercedes sedan with over 300,000 miles on it) to the address indicated for the Rotary meeting.

There we found a pleasant Chinese man at the Dining Room door. He was excited by the visit by husband and wife and insisted firmly (and adventurously) that we both attend the Club meeting. “You will be the first woman ever to attend a Rotary Club meeting in Malaysia,” he proclaimed happily. An oddity was the speaker’s subject, “Sex Among Small Creatures.” Yes, a few embarrassing remarks were made during that speech, but we survived. Interesting was the president of Tiger Beer offering us his limousine and chauffer for the rest of the day, an opportunity used to shop for a custom made suit.

The third Rotary meeting took place in small seaport Mombasa, Kenya. There we were quickly taken by the elbow by a white Oxford man, former city manager now reduced to Rotary president and jobless. He would be racing a small sailboat later and would we join in? We would, and somewhere upstream we had tea at 4:00PM (about when Beth hoped for a real drink).

Mombasa city government we were told had evolved after 1962 into an enclave of black administrative faces. With that reality, the town-oriented Rotary Club of Mombasa had struggled mightily to fill its membership with newly emerging black leadership. It had been uphill, but eventually some progress had been made., for the Club had 20 members.

It had been quite a year for the Professor of History and Social Science from Southern Oregon College, who with innovation had augmented his class schedule for the College with an adventure in world integration. It had been four months in 1969, and both Vaughn and Beth had supplemented the Taj Mahal and Dakar and Colombo with harmless adventures generated in the voluntary sector of American life.