Changing the Teaching of History, One Byte at a Time

Sam Wineburg is a professor in the Graduate School of Education at Stanford and the author of Historical Thinking and Other Unnatural Acts: Charting the Future of Teaching the Past. 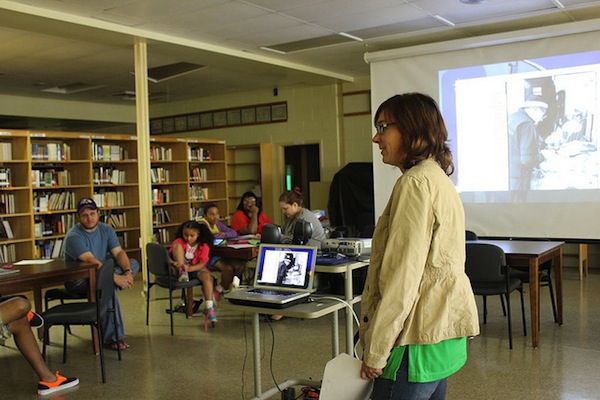 In October 2010, a fourth grader returned from school and set her history book on the table. Flipping through Our Virginia: Past and Present, a book approved by Virginia's State Department of Education, her mother came across a sentence that made her livid. The book claimed that "thousands" of African Americans fought for the Confederacy, "including two black battalions under the command of Stonewall Jackson." This mother, Carol Sheriff, also happened to have a PhD in history and was on the faculty at Virginia's College of William and Mary. "It is disconcerting that the next generation is being taught history based on an unfounded claim," she said. "It concerns me not just as a professional historian but as a parent."

That thousands of African Americans voluntarily fought to safeguard their continued enslavement is a claim that can be verified in no archive. No document supports it. No self-respecting historian embraces it. The claim is spread by those whose mission is to cast the bloodiest war in American history as a conflict over the "Southern way of life." The myth of "Black Confederates" is constructed of whole cloth, analogous, as Professor Sheriff put it, to asserting that the Jews "helped the Holocaust."

"I Found It on the Internet"

How does pseudo-history burrow its way into materials for schoolchildren? When a Washington Post reporter contacted the publisher, Five Ponds Press, and asked where their author got her facts, they provided the reporter with three links, all to same website: the Sons of Confederate Veterans -- a "patriotic, historical, and educational organization ... dedicated to ... preserving Southern Culture."

As teachers will tell you, it is not just textbook authors who get duped by digital con artists. In an age in which "library" is spelled G-o-o-g-l-e, accepting false information as truth is an everyday classroom occurrence. Responding to teachers' queries about how they "know" that our president was born in Kenya or that the Mossad (or George Bush himself) plotted 9/11, students (our so-called digital natives) blithely respond, "I found it on the Internet."

The sites that snare young people (and adults) often cloak themselves in scholarly garb. Spurious footnotes reference like-minded propagandists. Pseudo-historians anchor claims to established historians by ripping phrases from context or mangling them beyond recognition.

Welcome to the information revolution's digital free-for-all. In a previous age, when children were taken to the library to decipher the hieroglyphics of the Readers' Guide to Periodical Literature, the big question was how to find information. But today, deluged by an avalanche of information, students face a different question: should this information be believed?

Yet, instead of preparing students for this reality, we teach in ways that are no different from how we taught when making a phone call meant putting the index finger into a dial. History teaching has a cozy sameness. The past still arrives in tidy textbook nuggets, with linear presentations that eschew divergent viewpoints and present an unruffled view of a bygone era. But coziness exacts a price. The "read-the-chapter-and-answer-the-questions-in-the-back" pedagogy is akin to training swimmers to navigate a raging sea but never letting them out of a wading pool. The world that we're preparing students to enter does not exist. Confronted by an array of claims and counterclaims (a.k.a. the world outside of school), students drown in a sea of information.

How, then, do we close the gap between old world teaching and the twenty-first-century world that students are linked to by their smartphones? Don't hold your breath for a change in the textbook industry. Curriculum materials will all become digital -- the same drivel packaged with multi-colored illustrations and interactive maps. What then? We can wait for Godot or ... we can get to work.

My colleagues at the Stanford History Education Group have chosen the latter path. Over the past three years, we’ve uploaded to the Internet scores of lesson plans for teaching American and World history, each organized around questions that stick their finger in the eye of a single right answer. We've come up with assessments that privilege thinking over memorizing. Our curriculum celebrates the ambiguity of the social world and teaches students to cope with it. Each lesson comes with original documents so that students can hear the cacophony of voices belonging to people who made history. These sources often feature diametrically opposed perspectives, shedding light on history from multiple angles. They are supplemented by classroom-ready materials that scaffold students' small-group discussions. Here are just a few examples:


Such questions force students to contend with shades of gray, to weigh competing evidence, and to consider an author's trustworthiness. They make students exercise the duties of citizenship.

We are guided by the belief that knowledge should not be a commodity bartered for profit, but available for no cost to anyone who seeks to learn and grow. All of our materials are free. Our work is supported by private contributions and foundations. To date, our materials have been downloaded over a million times.

Have we changed the world -- or even our little corner of it? Hardly. But we take solace in the hope that, after encountering our materials, students will no longer defend their conclusions about history with the sham justification, "I found it on the Internet."