The Legend of Sleepy Hollow Returns 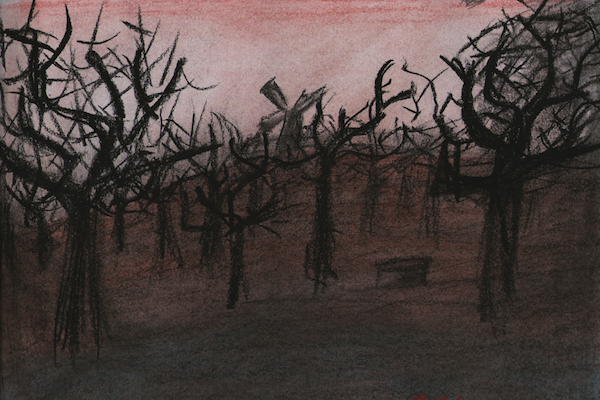 As muskets fired, cannons roared, horses whinnied, and an encounter between British Regulars and colonial revolutionaries erupted into chaotic battle, 20th Century Fox Television reintroduced the world to two classic literary characters: Ichabod Crane and the Headless Horseman. On September 16, 2013, the new television series, simply titled Sleepy Hollow, premiered to millions of viewers, thus becoming the most recent venture in retelling Washington Irving’s classic, “The Legend of Sleepy Hollow.” It is very rare for a remake to be completely faithful to the original, and when an updated version of a classic story debuts, criticism follows shortly thereafter. No matter how faithful Sleepy Hollow is to the original, it is important to consider this show on its own terms. It may stray far from its source story, however the show has already engaged the general public. Regardless of the deviations from Irving’s short story, Sleepy Hollow exists as fun, Halloween-themed entertainment, and in some ways accomplishes what Irving intended in 1820.

Without doubt, Sleepy Hollow bears little resemblance to Irving’s 1820 story. First of all, the series is set not in 1790, as was Washington Irving's original short story, but in 1781, during the Revolutionary War. Ichabod Crane, the protagonist of the story, was originally written as an awkward, gangly, superstitious, and even odd-looking pedagogue by Irving, but the Fox treatment shows him as an attractive, smart, confident soldier-spy with a crisp British accent.

The story’s main villain, the Headless Horseman, rather than being a Hessian ghost who exists to harass the men and women of Sleepy Hollow, first appears as a soldier fighting alongside the British where he faces Crane in the heat of battle. As the pilot progresses, the viewer learns that the horseman is actually Death, one of the Four Horsemen of the Apocalypse. References to the character as a Hessian do exist in the show and appear to be increasing as it develops (the fourth episode even mentions the Hessian legacy for ruthlessness, which is a subject of debate), however the main impression viewers walk is that the Headless Horseman is also one of the Four Horsemen of the Apocalypse.

There are countless other deviations from the original story, like the fact that the bulk of the series is set in modern times, and no doubt there are several devotees to Irving and “The Legend of Sleepy Hollow” that remain critical of this modern day take on the tale. However, in considering this show and comparing it to the 1820 version one must take into account the historical period and culture under which it was written. Though penned while Irving was in Europe, “The Legend of Sleepy Hollow” would have certainly been meaningful to the Americans reading the story in the first few years of its existence, particularly with regards to the choice of villain.

At the time of its first publication, those reading of Crane’s midnight ride would have either lived through the American Revolution, or grown up hearing their parents and grandparents tell them first-hand accounts of the war. Moreover, writing the Headless Horseman as a Hessian was a calculated move on Irving’s part to inspire terror in his readers. The ghost could have been anyone, but the Hessian legacy of ferocity during the American Revolution resonated loudly with Irving’s generation.

It is difficult for a modern audience to view the Headless Horseman in the same way the people of 1820 did. The term Hessian is in reference to the people coming from a region in Germany called Hesse. More specifically, the state of Hesse-Kassel, being a poor nation, regularly hired out its soldiers for additional income. The British government hired these soldiers to put down the rebellion in their American colonies. Though many Hessians settled in America after the war, the citizens of the newly created United States personally witnessed the Hessian method of war. Whether coming from a place of awe or terror, the the term Hessian had an emotional reaction for these people.

Unfortunately the legacy is largely lost on a modern-day audience. The unification of Germany – and subsequent German history – has cast a shroud on earlier German history. Even if Fox made a more faithful adaptation of the story, casting the horseman as a Hessian would not mean anything to the typical viewer unless Fox chose to educate as well as entertain. Writing the series as a setup for the end of the world strikes at a modern day audience’s core much more firmly than would playing the story more true to form. It would certainly be of service to the historical community to take this opportunity to expound upon the Hessian story for the sake of the general public. Doing so would develop Crane’s character more fully, and perhaps Fox will take the chance to do so. However, one cannot hold it against an entertainment corporation for choosing not to focus on the finer points of Hessian history in the Americas.

Also, the decision to expand the concept beyond just the Headless Horseman, and creating a monster-of-the-week format, becomes necessary when adapting a short story to a full television series. And in that way, perhaps unintentionally, Fox actually touches on an aspect of Irving’s original tale that is largely ignored in its other incarnations; Irving writes of a number of specters and spirits that haunt Sleepy Hollow. According to Irving the fictional town is in fact famous for it.

When you consider the time and place in which Sleepy Hollow was created (namely a global, 21st century community), it makes complete sense to retool the show so that the Headless Horseman appears not as a Hessian ghost, but as a villain with larger consequences towards the destruction of the earth as a whole.

One final point about the tale that must be considered when looking at the vast differences between the original story and the Fox retelling is the idea of adapting the story in general. There are arguably too many remakes in Hollywood, and Sleepy Hollow is just another show to add to the list. However, long before Irving penned “The Legend of Sleepy Hollow,” regions of Europe, specifically Germany, already had tales of headless ghosts preying on others. Irving basically chose to do the same thing to those legends that Fox has done with his short story; reinterpret it for a modern audience.

Time will tell if the show will have any longevity, but it certainly has had a strong start, and millions of viewers are anxious to see the horseman again.