SCOTUS Ruling on Affirmative Action Could Give Private Universities Advantage

John Willingham is a regular contributor to HNN.  He also writes about higher education issues at publicuniversityhonors.com and is the author of A Review of Fifty Public University Honors Programs. 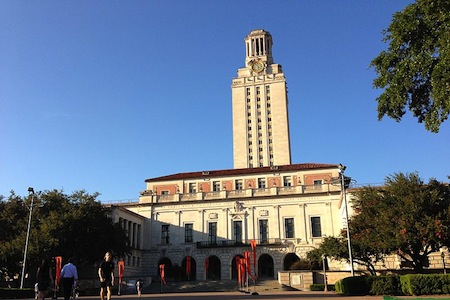 The Supreme Court, in a 7-1 decision with Justice Ginsburg dissenting, has issued a ruling in the Fisher v. University of Texascase that will likely require public universities to explore virtually all race-neutral alternatives in their attempts to achieve diversity before being able to use race as a factor in admissions.

The ruling was probably the result of a compromise that, while not overturning previous decisions and not ruling that UT’s use of race is unconstitutional, will nevertheless lead to greater difficulty for colleges that want to use race as a factor in admissions.

The decision vacates the ruling in favor of UT Austin by the Fifth Circuit Court of Appeals and remands the case to the circuit court with instructions to apply "strict scrutiny" to the university’s rationale for using race as an admissions factor.

The decision by Justice Kennedy says that the circuit court gave too much deference to the university's claim that its use of race was "narrowly tailored" to serve the university's goal of racial diversity.  The circuit court erred in ruling that UT Austin only had to make a "good faith" effort to demonstrate its need for race-conscious admissions practices and to show that the tailoring of race-conscious procedures was appropriately narrow in scope.

Now the 5th Circuit Court must apply the "strict scrutiny" standard and examine the UT plan and the justification for it very closely.  The ruling leaves intact the deference the high court has historically granted to universities to claim that diversity is a compelling educational interest; however, deference to the means by which universities can achieve that interest seems to be disappearing.

Kennedy also wrote that "the reviewing court must ultimately be satisfied that no workable race-neutral alternatives would produce the educational benefits of diversity."

Although the ruling in Fisher does not require universities to exhaust every conceivable alternative, the fact that UT Austin now operates under the state’s “ten-percent plan,” which requires automatic admission to students in the top ten percent of their high school class, already sets a high bar for “workable alternatives.”

In practice, finding workable alternatives that equal or go beyond those already used by UT Austin could be quite difficult.  There could be more widespread use of percentage admission plans, such as the "ten-percent" plan, which does not even consider test scores and individual achievement in leadership, extracurricular activities, etc.

There could also be a dramatic shift toward the use of socioeconomic factors (low income, single-parent households, test scores relative to poorly performing high schools) rather than overt racial factors in the creation of diversity.

Finally, the impact of the ruling on elite private universities remains to be seen. It is notable that Harvard and other elite institutions filed amicus briefs in Fisher and in previous cases involving diversity. Private colleges are subject to Title VI of the Civil Rights Act because they receive federal funding for research and other activities.

If the private universities are held to strict scrutiny and have to exhaust all race-conscious alternatives before using race-conscious factors, then they may lose some of their advantages in recruitment. If they are not held to the same standards as public universities, then they will be, in effect, separate but superior in their ability to identify and enroll minority students.