Jeffrey Wasserstrom is Chancellor’s Professor of History and Chair of the Department at UC Irvine and the author, most recently, of the 2010 book China in the 21st Century: What Everyone Needs to Know, an updated edition of which is published this month by Oxford University Press. 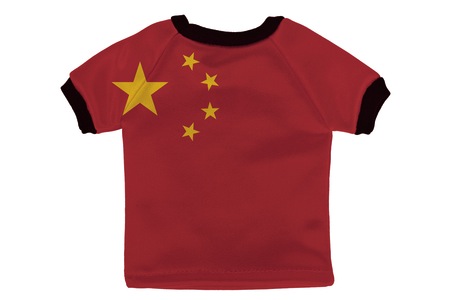 In 1972, Nixon’s meeting with Chairman Mao put U.S.-China relations on a new footing. In 1979, Deng Xiaoping’s trip here symbolized and moved forward full diplomatic normalization. So, whenever Chinese or American leaders cross the Pacific, those two events inevitably get raised as points of comparison. So, as the dust from last weekend’s Sunnylands Summit settles, it’s time to ask if it was similar to the events of A) 1972, B) 1979, or C) neither of the above.

It’s easy to rule out A. Nixon’s trip remains in a special class, due to its drama and the historic Shanghai Communiqué it produced.

C’s a tempting answer. Barack Obama and Xi Jinping vowing to work together on climate change was certainly a welcome novelty, but it seems unlikely 2013 will end up dividing a before-and-after watershed the way that 1979 did. In 1978, there was still no American embassy in China and the Chinese U.N. representative answered to Taipei. By 1980, all that had changed. Deng’s trip didn’t cause the shift but was part of the transformation.

Still, before concluding that we’ve just seen one more momentarily interesting but ultimately forgettable meeting of U.S. and Chinese leaders, one 1979 parallel is worth attention: the centrality of sartorial symbolism. Images of Deng’s 1979 donning of a cowboy hat have had great staying power. So might photos of Xi and Obama sans coat and tie, during what Wikipedia and others have labeled the “Shirt Sleeves Summit” of 2013.

This connection may seem trivial, but clothing can illuminate shifts in diplomatic relationships and the state of play of globalization. One contemporary example involves APEC summits. They usually end with Pacific Rim leaders posing together wearing clothing associated with the host locale -- batik shirts in Indonesia, ponchos in Chile, and so on. This ritual tells viewers that APEC member states share something important, despite their distinctive cultures.

In a related vein, in The Birth of the Modern World, 1780-1914 (2003), historian C.A. Bayly uses shifts in male dress codes to illustrate nicely how a “great acceleration” of globalizing forces prior to World War I affected international relations. Circa 1750, he notes, elite males in different countries dressed in radically dissimilar ways, but by the early 1900s, the top hat plus frock coat uniform had gained wide adoption. Later in the twentieth century, while there was never quite a counterpart to the standardized male uniform, the variation in how powerful women dressed narrowed as well. But in some countries that disengaged from or challenged the mainstream global order, powerful men could be found dressing in ways that set them apart from the crowd.

Focusing on clothing, we can see an interesting progression from 1972 to 2013 that fits in with both a new “great acceleration” of globalization and Beijing’s shedding of its outlier status. When Nixon met Mao, they dressed totally differently. In 1979, Deng still wore a version of what Westerners call a “Mao Suit,” and this made his putting a cowboy hat where a “Mao Cap” should have gone all the more striking. Only recently have Chinese and American leaders begun meeting dressed alike.

Xi and Obama’s choreographed joint departure from the standard diplomatic dress code can be read as a sign of just how integrated into the global order China has become. Xi in shirtsleeves, like Deng in a cowboy hat, may suggest to Americans that he is ready, as his predecessors were not, to conform to our expectations for a mainstream leader.

This same sense is conveyed by nomenclature. Xi, like Jiang Zemin and Hu Jintao before him, is referred to as China’s “President,” rather than by one of the more esoteric to American ears titles of earlier periods, such as “Chairman,” in Mao’s case. And unlike the much stiffer Hu, Xi walks and talks with the kind of assured air we expect from politicians.

All this could bode well for U.S.-China relations. Xi’s manner certainly makes it easier to imagine that, as both sides want us to believe, Obama is establishing an easier mode of working together with him than was possible with Hu. Still, the exaggerated hopes American once invested in Deng, partly symbolized by his cowboy hat moment, suggests a need for caution.

For all his economic experimentation, Deng remained a political conservative. Similarly, though Xi loosened his tie in California, he’s shown no signs of loosening up on human rights issues back home. He may seem “presidential,” with a wife who fits our image of a “First Lady,” but he’s still, like his predecessors, the first among equals in a collective leadership group that, while divided on some issues, all want the Party’s to maintain its monopoly on power.

Style matters. But so does substance. And even after the Shirt Sleeves Summit, it’s still much clearer how Xi differs from Hu when it comes to the former than the latter.