Cheating and college sports go hand-in-hand. This is especially true in college football, with its extreme competitiveness and the potential to launch careers. Cheating scandals have embroiled most of the top colleges in the country for decades, and the cases run the gamut from cash payments to players, free (and illegal under NCAA rules) perks, academic fraud, financial aid fraud, and -- of course -- drugs, alcohol, and prostitutes. Here is a list of some of the most prominent and cringe-worthy scandals in the history of college sports: 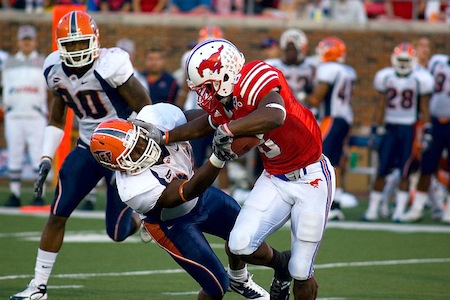 1) 1986: SMU gets the death penalty. In 1986, the ABC affiliate in Dallas revealed that the Southern Methodist University football program had been paying its players signing bonuses of up to $25,000. Further investigations by Dallas media unearthed apartments provided to players rent-free, and an NCAA investigation showed that thirteen players had been paid about $61,000 from a slush fund set up for that specific purpose. This practice had gone on for years, with the complicity of both coaches and top school officials.

For these massive infractions of NCAA policies, the entire 1987 and 1988 football season was canceled, the so-called “death penalty.” In addition, restrictions were placed on TV appearances and the size of the coaching staff.

Considered the worst scandal in the recent history of collegiate football, the NCAA still uses this particular case as a yardstick for all other scandals. As University of Oklahoma law professor and former NCAA vice-president David Swank said in an interview, "In the nine years I served on the (NCAA) committee on infractions I never saw another one that was even close to what occurred in the SMU case.” 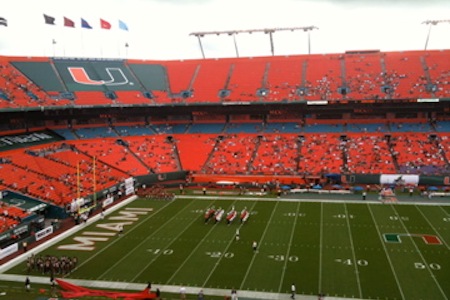 2) 1995: The University of Miami abuses Pell Grants. In 1995, a huge scandal was uncovered at University of Miami. An academic advisor at the school was involved in falsifying financial documents. Due to the fraud, athletes received Pell Grants, federal aid limited to students with demonstrable need, of about $5,000 each, even though they were on full scholarships. For four years, players received close to $220,000 in funds and officials called it the largest centralized fraud committed against the Pell Grant system. 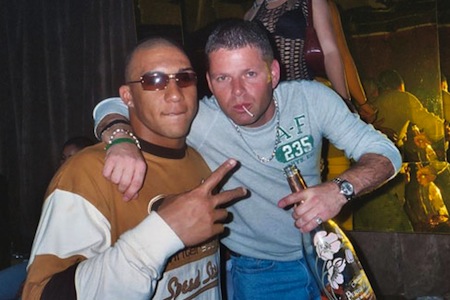 3) 2011: Miami's Ponzi schemer booster. Miami just can't catch a break. In 2011, Nevin Shapiro, a businessman convicted for running a massive, $930 million Ponzi scheme, confessed to a Yahoo! Sports reporter that he distributed illegal gifts to the Miami football and basketball programs. He bankrolled over one hundred athletes and provided money, cars, trips on yachts and other luxuries to athletes such as Vince Wilfork, Jon Beason and Antrel Rolle. In all, Shapiro is said to have spent about $2 million on the men’s football and basketball teams. 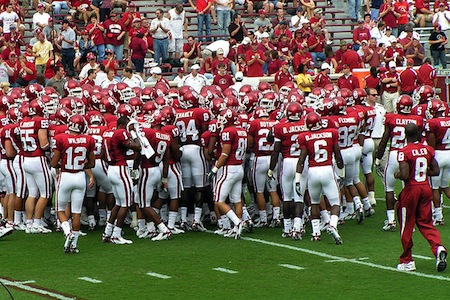 4) 1989: The Oklahoma Sooners' coke problem. No fan of the Sooners wants to ever hear mention of the name of Barry Switzer. The legendary coach, having being at the helm when the Sooners won some of their most spectacular victories, was also in charge in 1989 when the University of Oklahoma was found wanting after the NCAA leveled major penalties on the Sooners for offering money and cars to athletes. Things got worse that year after quarterback Charles Thompson was charged with selling cocaine to an undercover FBI agent. The actions of the team that year drew disgust and amazement from the world of college football. 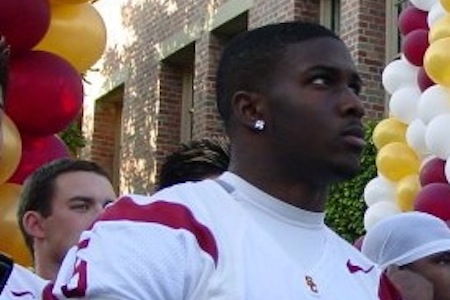 5) 2004-2005: The Reggie Bush mess at USC. The USC Trojans football program was found by the NCAA to be in violation of all the codes of conduct for offering money and other gifts to players and their families, most notably star player Reggie Bush, who then chose to return his Heisman Trophy, for the first time in the award’s history. The Trojans were also stripped of their wins during the 2004-2005 seasons after investigations revealed the extent of the team's wrongdoing. 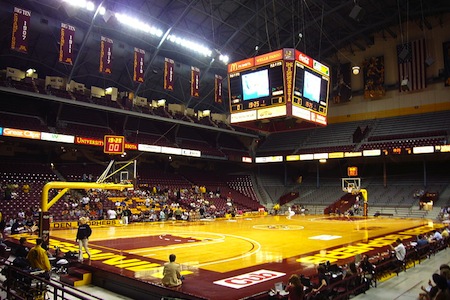 6) 1999: Papers-for-play at the University of Minnesota. In “the worst case of academic fraud in more than twenty years” according to the NCAA, Jan Gangelhoff, an academic advisor at the university, wrote about four hundred papers for twenty members of the Minnesota Gophers Men's Basketball team. Gangelhoff told investigators that she was urged by the basketball team’s academic administrators to perpetrate the fraud. As a result of the scandal, U of M basketball coach Clem Haskins was forced to return half of his $1.5 million buyout.

7) 2010: The University of Michigan overworks its players. Notorious for some of its less than attractive sports policies, University of Michigan was found guilty of violating NCAA practices such as pushing the members of the football program to train in excess of the hours set by the governing body; thereby forfeiting academic pursuits for football.

This is but a taste of the sordid history of collegiate sports. Some coaches, recruiters, and boosters (including the aforementioned Nevin Shapiro) provided athletes with liquor and prostitutes. More frequently, boosters pay out lump sums of money to the student athletes. Schools generally turn a blind eye to this behavior, especially winning schools, because of the massive revenue a successful sports program generates (USC football brought in $34.4 million in 2011-2012).

While SMU’s scandal of the 1980s is still considered one of the worst in the sports history, with the team’s resultant inability to rise up to its former glory, not much has changed in the actions of some of the teams, as emerging scandals point out. What has changed is the NCAA’s reluctance to hand out the “death penalty” due to its death-like grip on a team once that judgment has been pronounced.