The Ironic History of Palestine

Alan H. Luxenberg is Acting President of the Foreign Policy Research Institute in Philadelphia and author of “The Palestine Mandate and the Creation of Israel” (Mason Crest Publishers), a book designed for secondary school students. 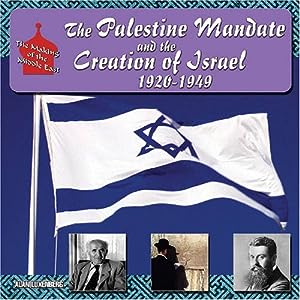 To understand why, a little history of Palestine is in order.  It is not uncommon, for instance, for Palestinian spokesmen to refer to “historic Palestine,” which we all understand to include all of the State of Israel, plus the West Bank and Gaza.  But the adjective “historic” suggests we are talking about a country, or least an entity of some kind, that has existed for eons.  By that standard, historic Palestine is simply a misnomer, especially if what is meant is an area with a particular set of borders enduring through time.

Historic Palestine as we know it today is derived from a map drawn up by the British at the end of World War I—in particular by British Christians whose understanding of the geography of Palestine was largely based on the Bible, which, as we all know, is derived from the Jews.

So, it is the height of irony when we hear the militant Islamists of Hamas insisting that any compromise about the land that constitutes “historic Palestine” is impossible, for, as they argue, the entire land is a waqf, or Islamic trust, bestowed by God.  Think about it: a border drawn by British Christians based on their reading of the Jewish Bible is now interpreted by Muslim fundamentalists as God-given and unchangeable!

But surely, for many centuries before the land fell into British hands, there must have been a country called Palestine, right?  That’s what I was told by a group of high school students recently when I gave a lecture on the origins of the Israel-Palestine conflict.  The students cannot be faulted for thinking that; after all, we all seem to accept the terminology of “historic Palestine,” don’t we?

In fact, historically, there was never an independent country named Palestine.  There was for a time a Roman province named Palestine, when the Romans bestowed that name in the second century A.D. on an area that was previously called Judea, and which had been sovereign for a time.  Having defeated the Jews in what the ancient historian Josephus labeled “the Jewish Wars,” the Romans then expelled the Jews from Jerusalem and renamed the province after the Jews’ historic archenemy, the Philistines.

This province then became part of the Byzantine Empire and part of several different Muslim empires after that.  For a brief stretch, part of the land fell into the hands of the Crusaders who called it “The Latin Kingdom of Jerusalem.”  But under a thousand years of Muslim rule, Palestine never quite remained the same, having been subject to administrative adjustments over the years, with the name even falling into disuse for a period of time. In the last four hundred years of Ottoman rule, what was labeled Palestine changed over the centuries, as the territory was divided and sub-divided into separate entities.  In the nineteenth century what we call “historic Palestine” today was actually divided into three different administrative entities.

So, the historical record says that Palestine was never a country, and was rarely ever an intact entity.  At most it was a geographic entity like Scandinavia but, even as that, it changed over time.

None of this is meant to deny that Palestinians have a just claim to the land—or that Jews have a just claim to the land.  There has always been only one practical solution to the problem of two peoples claiming the same land—the two-state solution.  But many people seem surprised to learn that this solution was invented by neither President Clinton nor President Bush nor President Obama. The two-state solution has a long history dating back at least to 1937, when the British proposed to partition the land between Arabs and Jews while leaving Jerusalem under international control.  A similar plan was approved by the UN General Assembly in 1947, and then again proposed by President Clinton in 2000.

The great irony is that the leadership of the Arabs of Palestine consistently rejected the two-state solution in the belief that they could have everything; the result was that they ended up with nothing.  In contrast, the Zionist leadership—perhaps more desperate for a piece of land no matter how small and certainly more pragmatic—was willing to accept very little, and they ended up with nearly everything.

The British plan of 1937, for instance, awarded the Jews just twelve percent of “historic Palestine” (sans Jerusalem); the UN plan of 1947 awarded the Jews fifty-five percent (mostly the Negev Desert, however).  But even those plans were entirely unacceptable to the Arab leadership, and they fought a war to exterminate the Jewish state just three years after the German effort to exterminate the Jewish people had come to an end.  After that war, the Israelis ended up with an even higher percentage of the land.

The real stumbling block to the creation of a Palestinian state are Palestinians—Hamas, in particular—who cannot bring themselves to accept a state that doesn’t comprise all of “historic Palestine.”  Tragically, the recent reconciliation between Fatah and Hamas means there will be no two-state solution—and no peace agreement.