Torture works . . . to produce Fake News (and that’s how we Got into Iraq)

I told this story back in 2005 but it is a good story, has held up, and bears repeating now that President Trump is again promoting torture as “effective.” Torture is a good way to get people to tell you what they think you want to hear so that you will stop torturing them. That is, torture may occasionally turn up some good information if it is applied to someone not very clever or not very committed. But it is an excellent way to be trolled by a seasoned operative, with potentially disastrous consequences.

Before the Iraq War, the US government had captured a handful of important al-Qaeda figures and applied torture to them.

One of these was Ibn al-Shaykh al-Libi, a Libyan terrorist whose real name was Ali Abdul Hamid al-Fakheri. Under torture, he “confessed” that that Saddam Hussein’s Iraq was training al-Qaeda operatives in the use of chemical weapons. 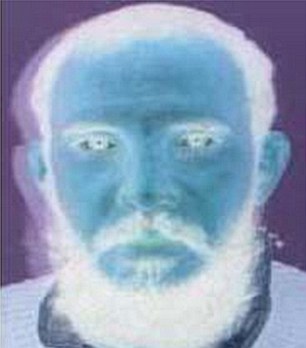 The Defense Intelligence Agency and other high-level intelligence operatives dismissed this information as unreliable.

It should be noted that no money traces showed al-Qaeda funds coming from Iraq. No captured al-Qaeda fighters had been trained in Iraq. There was no intelligence that in any way corroborated al-Libi’s story. And, it was directly contradicted by two of his superiors.

The information from KSM and Abu Zubaydah circulated widely among intelligence officials.

I still remember Fox Cable News almost nightly in late 2002 droning on about a chemical weapons facility at Salman Pak in Iraq where, its anchors alleged, Saddam was training al-Qaeda agents. It was, like most of the stories told about Iraq in that period, fake news.

There was also a phony story, retailed by Secretary of State Colin Powell and other members of the administration, that Abu Musab al-Zarqawi, a Jordanian extremist who had spent time in Afghanistan, had ties to Saddam Hussein once he relocated to Iraq in 2002. But later on the US army released a document from the Baath Party secret police showing that an APB was put out on al-Zarqawi immediately on his entering Iraq, and local police were ordered to shake down the Jordanian expatriates in Iraq to find out where he was and arrest him immediately, since he was dangerous and had ties to “the Saudi terrorist Usama Bin Laden.”

This crucial information was withheld from Congress and from the American people by the Bush/Cheney administration in the run-up to the Iraq War.

(Although KSM was captured only shortly before the war, surely the connection to Saddam was the first thing they asked him about. His answer was not shared with us, to say the least.)

‘ The report on Zubaydah’s debriefing was circulated among US intelligence officers, but his statements were not included in public discussions by Administration officials about the evidence of al-Qaeda ties. “I remember reading the Abu Zubaydah debriefing last year, while the Administration was talking about all of these other reports and thinking that they were only putting out what they wanted,” one official said. ‘

This was a community of intelligence. Those with the clearances saw those confessions. The lower-level analysts were amazed when they saw Bush and Cheney and Rice on television hyping al-Libi’s torture-induced “revelations.”  . . . “They were only putting out what they wanted” . . ..

It is impossible that Bush, Cheney and Rice saw the intel from al-Libi but not from Abu Zubaydah and Khalid Shaikh Muhammad. The only way to explain these comments is that they suppressed the latter in order to emphasize the former. This tactic was deeply dishonest.

So in September of 2002, as “the new product” was being “rolled out” in the psychopathic words of Bush adviser Andy Card, this is what we heard:

WASHINGTON (CNN) — President Bush’s national security adviser Wednesday said Saddam Hussein has sheltered al Qaeda terrorists in Baghdad and helped train some in chemical weapons development — information she said has been gleaned from captives in the ongoing war on terrorism. 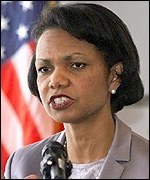 The comments by Condoleezza Rice were the strongest and most specific to date on the White House’s accusations linking al Qaeda and Iraq.

The accusations followed those made by President Bush and Defense Secretary Donald Rumsfeld, who earlier in the day said the United States has evidence linking Iraq and al Qaeda, but they did not elaborate.”

This lie by omission was repeated over and over again by Bush and his cronies:

“Saddam Hussein aids and protects terrorists, including members of al Qaeda.”
– Bush in January 2003 State of the Union address.

Al-Fakheri / Ibn al-Shaykh al-Libi had a last laugh on the people of the United States. Yes, they captured and tortured him. But he misdirected them toward his enemy, the secularist Baath government of Iraq and arranged for the Americans to overthrow it.

Al-Zarqawi’s branch of al-Qaeda in Iraq, thus freed from Baath surveillance, went from strength to strength, morphed into Daesh (ISIS, ISIL) and by 2014 took over 40% of Iraqi territory.

So beware of the information you get from torture. Your victim may be setting you up. And the psychopaths in the White House will be perfectly happy to run with the fake news gained from torture and use it to bamboozle the public for their own nefarious purposes.